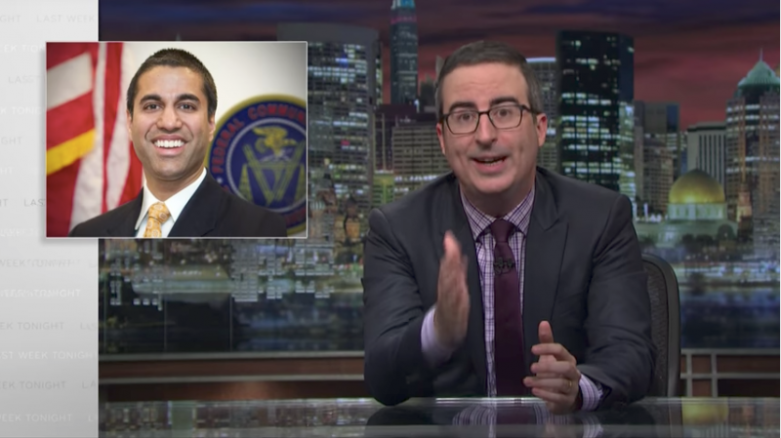 The comedian spent the bulk of his show on Net Neutrality — and laid into FCC Chairman Ajit Pai for his plan to destroy the open internet. Seconds after Oliver urged viewers to file comments and oppose Pai’s plan, the FCC’s website crashed — just like it did the first time he talked about the issue back in 2014.

Like we keep saying, Chairman Pai: Don’t mess with the internet.

Pai’s claims that Net Neutrality’s “days are numbered” because he plans to “take a weed whacker” to it are, as Oliver put it, “serial-killer talk.”

With the FCC site unable to keep up with the flood of comments, we have an easy way for you to send your message.

We’ve been fighting to protect Net Neutrality for well over a decade now, but the open internet has never felt more important than it does today. This is our platform for organizing the resistance to Trump’s authoritarian policies and attacks on people of color, immigrants and other vulnerable communities. It’s almost impossible to imagine our lives without the internet today.

If we lose Net Neutrality, we’ll lose the most important platform for free speech we’ve ever known. Without it, only the wealthy and those in power will be able to pay enough to get their messages across.

This can’t happen: Speak up now and help save the internet.