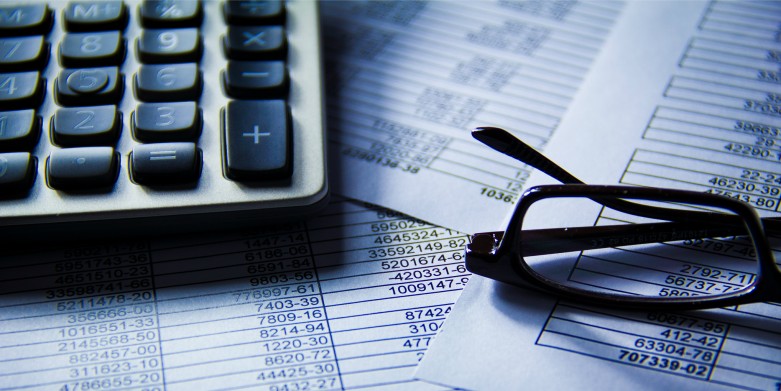 On Monday, Free Press released the thorough and comprehensive report It’s Working: How the Internet Access and Online Video Markets Are Thriving in the Title II Era. Relying on publicly available data and robust, transparent methodology, Research Director S. Derek Turner breaks down investment data on a granular level and conclusively proves that Pai’s investment claims are flat-out wrong, no matter how he spins them.

In fact, Pai’s claims are so deeply flawed that one post isn’t enough to fully debunk them. Over the next few weeks, we’ll be publishing a four-part series to expose his investment lies one layer at a time.

First up: Chairman Pai is wrong on the numbers.

Pai has insisted on numerous occasions that aggregate broadband-industry investment has “declined” or “flatlined” since the Net Neutrality vote. As the report explains in depth, aggregate capital-spending data is a poor measure of the industry’s reaction to Title II. Even short-term changes in investment can be misleading since investment follows company-specific deployment cycles — and as the companies themselves have noted, it’s getting cheaper to deploy services. Investigating individual-company results and explanations, which the Free Press report does extensively, is a much more accurate way to measure deployment.

Despite that, Pai still wants to talk about aggregate expenditures. We’ll bite: As poor a metric as it may be, Pai’s claim of a decline in aggregate capital spending is also not true.

The FCC’s 2015 Open Internet Order correctly applied the law that Congress wrote, and reclassified broadband-internet access as a Title II telecom service. That’s the only foundation the FCC could have used for strong Net Neutrality rules that prevent blocking and unreasonable discrimination. It’s also the law that undergirds the FCC’s broadband competition, affordability and privacy oversight.

It’s a framework the FCC has used successfully for the past several decades — for wireless voice and business broadband services — in a light-touch, deregulatory manner that does nothing to dampen investment.

Figure 1 shows the capital spending of all publicly traded ISPs during the two years before and the two years after the FCC restored Title II for broadband-internet access:

Altogether, publicly traded ISPs spent approximately 5 percent more on capital investment during the two years after the FCC’s decision than they did in the two years prior. Far from declining or flatlining, aggregate industry investment has been growing.

More importantly, this growth isn’t the result of a few outliers making major investments. As we can see in Figure 1, two-thirds of publicly reported ISPs increased their capital spending after the FCC correctly reclassified broadband under Title II.

Some ISPs (including a few big ones like Cox) don’t publicly disclose their investment data. To include those companies in his analysis, Free Press’ Turner drew from an annual U.S. Census Bureau survey.

Total capital spending across the three survey categories of broadband providers was $87.184 billion — more than $553 million higher than it was in 2014.

If we break it down by category, we see that wired broadband providers such as cable companies spent $2.7 billion more after the FCC vote than they did before it — a bump of nearly 6 percent. Resale and satellite carriers also saw investment growth from 2014–2015.

Wireless capital expenditures did decline in 2015, but that decline can be attributed almost entirely to AT&T’s ramping down of investment after the completion of its nationwide 4G-deployment project. AT&T’s temporary decline came at the end of a massive upgrade cycle the company had planned in 2012, years before the Title II vote. So that dip had nothing to do with Title II’s impact on wireless. In fact, the remaining three of the nation’s four largest wireless providers (Sprint, T-Mobile and Verizon Wireless) all increased their capital investment in 2015.

The data reveal a 48 percent increase in the cable industry’s core network spending during the two years after the FCC’s Net Neutrality decision. In fact, 2016 represents the industry’s highest single-year jump in network investment since 1999. This historic growth came after cable companies had a full year to digest the potential impacts of Title II restoration.

It seems the cable industry never got Pai’s hand-wringing memo about how terribly it’s doing under Title II.

Wireless telcos don’t release specific data on their core network spending, but recent industry analysts still provide reliable markers of telco broadband-network investment. According to their data, telecom spending on DSL ports declined by 20 percent in 2016, continuing a longstanding trend. However, telco ISPs increased their spending on fiber terminals and terminal ports by nearly 50 percent in the same year.

How did Pai get his numbers so wrong? By relying on demonstrably false analysis from the USTelecom Association (USTA) and industry consultant Hal Singer.

USTA’s analysis is both inexcusably opaque and openly manipulated. The lobbying group never explains its methodology for estimating investment by companies that don’t publicly release their spending data. Instead, the group presents its mysterious final estimates with nothing but a wink and an unspoken plea to “just trust us” by way of justification.

USTA also admits to artificially reducing the reported investment numbers of both Sprint and AT&T — something the group hadn’t done before to any company in the entire history of its annual investment report. Sprint’s reported capital spending rose sharply in 2015 as the company invested in purchasing smartphones to lease to its subscribers — but USTA argues that such expenses shouldn’t count. That’s nonsense. Sprint purchasing and leasing smartphones is no different from cable companies purchasing and leasing set-top boxes, which USTA does count as investment.

USTA also subtracted approximately $2 billion from AT&T’s reported capital spending to account for the company’s merger with DirecTV. That’s utterly disingenuous. It’s impossible to know how much DirecTV would have invested if it hadn’t merged with AT&T, or vice versa, so how did USTA decide how much to subtract?

AT&T’s merger came with “synergies”, which allowed it to avoid certain duplicative investments. AT&T actually touted these potential savings as a major justification for the merger. And in 2015, AT&T’s CEO crowed about how his company was spending less but building more thanks to the efficiencies that earlier upgrades provided.

Mergers are complicated beasts. Would AT&T and DirecTV have individually spent more or less if their merger had been rejected? There’s no way to know for certain. USTA not only assumes the answer but arbitrarily decides exactly how much the companies would have spent in this alternate reality. As a result, the trade group’s biased and manipulated conclusions are analytically suspect.

Even if we accept USTA’s crystal-ball math, a decline in AT&T’s investment is hardly shocking — the company predicted it. In 2012, AT&T forecast that a massive deployment project would lead to increased capital spending for a maximum of three years, followed by a temporary decline upon the project’s completion. That’s exactly what happened.

Singer repeats the same disqualifying manipulations found in USTA’s analysis. He also takes the alternate-reality prophesying one step further by claiming that while most ISPs’ investment has risen since the FCC’s vote, it would have risen even more without Title II.

How does Singer support such fairy-tale claims? He can’t. How could a company like Mediacom, which upgraded its entire footprint to gigabit service in less than a year, invest even more, even faster? Singer can’t say.

These industry-funded analyses fly in the face of reason, logic and basic common sense. Chairman Pai’s unquestioning adherence to these “alternative numbers” is equivalent to this administration’s love of “alternative facts.” In both cases they’re completely wrong.

For more details, click here to read the full Free Press report It’s Working: How the Internet Access and Online Video Markets Are Thriving in the Title II Era.

Read the other posts in this series:

The Trump FCC's Opposition to Net Neutrality Rests on a Weak Foundation: https://www.freepress.net/blog/2017/06/05/trump-fccs-opposition-net-neutrality-rests-weak-foundation