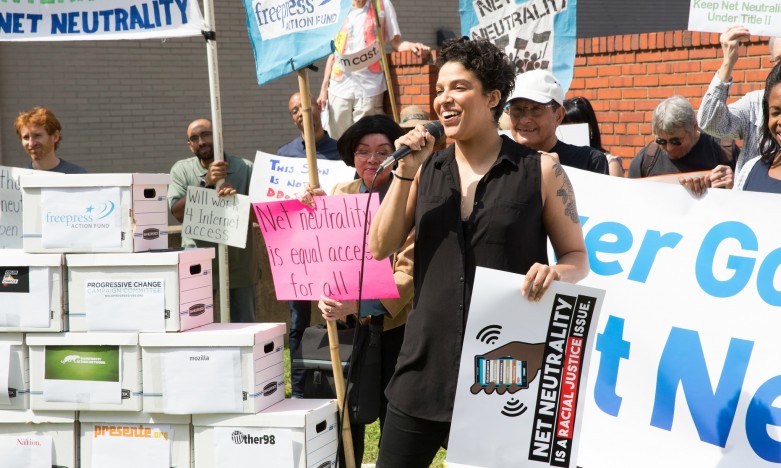 People from across the country have already generated more than 1 million comments and signatures opposing Chairman Pai’s scheme. And outside the agency’s headquarters this morning, a range of advocacy groups, members of Congress and nearly 100 activists rallied to preserve the open internet. (Check out the inspiring video here.)

“The debate we’re here to begin is over democracy itself. It’s over whether we have a free and open internet for all voices, all competitors,” said Markey. “The Trump administration is intending to shut down Net Neutrality at the behest of a few corporate behemoths. … This is the beginning of a historic fight to save Net Neutrality.”

Advocates from groups including the ACLU, the Center for Media Justice, CREDO Action, Color Of Change, Common Cause, Demand Progress, EFF, Faithful Internet, Free Press Action Fund, the National Hispanic Media Coalition, Popular Resistance and Public Knowledge all gave forceful speeches testifying to the need to preserve the internet’s level playing field. Daily Kos, Fight for the Future, The Nation and Women’s Institute for Freedom of the Press were also represented at the rally.

“The right to free speech means little, means nothing, without the means to be heard,” said Bryan Mercer of the Media Mobilizing Project. “The fight for Net Neutrality is a fight to protect all of our rights to communicate. … At the Media Mobilizing Project we work with communities Black and Brown, citizen, immigrant, working, unemployed, around all the injustices we see in society. [This work] is only possible because of the internet.”

“We know how to win,” said Free Press Action Fund President and CEO Craig Aaron, who served as the rally emcee. “We’ve done it before. We’ve stood here before when they tried to ignore us. They tried to attack us. They tried to divide us. They tried to get us to settle for fake compromises and foolish deals. But we said no. We stayed true and said we would settle for nothing less than real Net Neutrality. And we’re not going to let Donald Trump and Ajit Pai take it away.”

Several speakers highlighted the need to understand Net Neutrality as a racial-justice issue. “The internet has become the fundamental civil right of the modern age,” said former FCC Commissioner Gloria Tristani, who’s also a special adviser to the National Hispanic Media Coalition. “We cannot have our voices silenced and stymied.”

Meanwhile, inside at the FCC, Mignon Clyburn was the lone commissioner to oppose Pai’s destructive proposal, which he gave an alternative facts-style name: “Restoring Internet Freedom.” Clyburn issued a mic drop of a dissent right before the party-line vote:

[Pai’s plan] contains a hollow theory of trickle-down internet economics, suggesting that if we just remove enough regulations from your broadband provider, they will automatically improve your service, pass along discounts from those speculative savings, deploy more infrastructure with haste, and treat edge providers fairly. It contains ideological interpretive whiplash, boldly proposing to gut the very same consumer and competition protections that have been twice upheld by the courts...

If you unequivocally trust that your broadband provider will always put the public interest over their self-interest or the interest of their stockholders, then the Destroying Internet Freedom NPRM is for you.

It took 4 million people speaking out for Net Neutrality in 2015 to win the rules Chairman Pai is now trying to obliterate. It will take millions more to save these protections. To get involved join our Net Neutrality or Bust organizing call on Tues., May 23.

Scroll below for some photos from today’s action and click here to see the entire Flickr album: 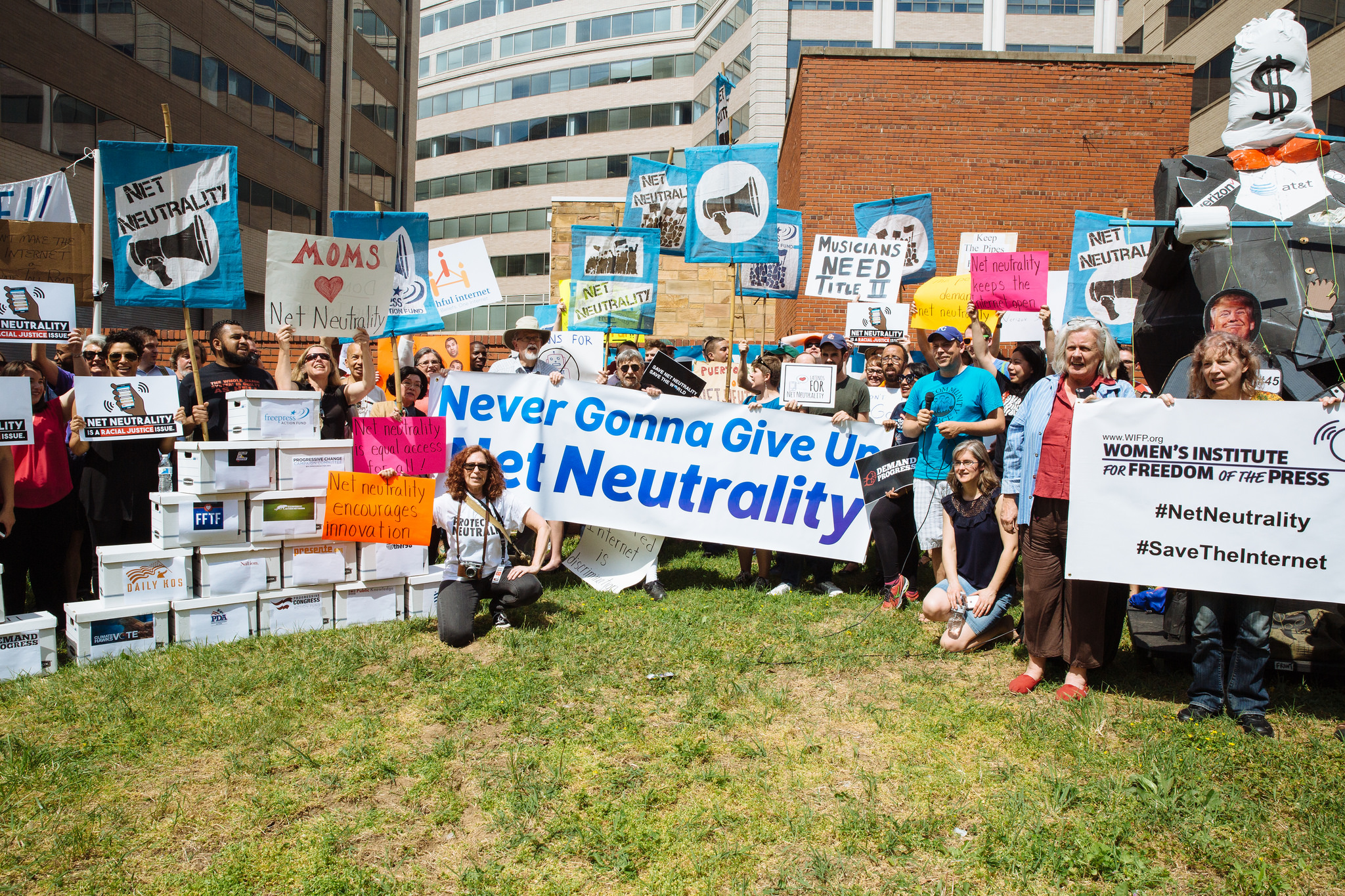 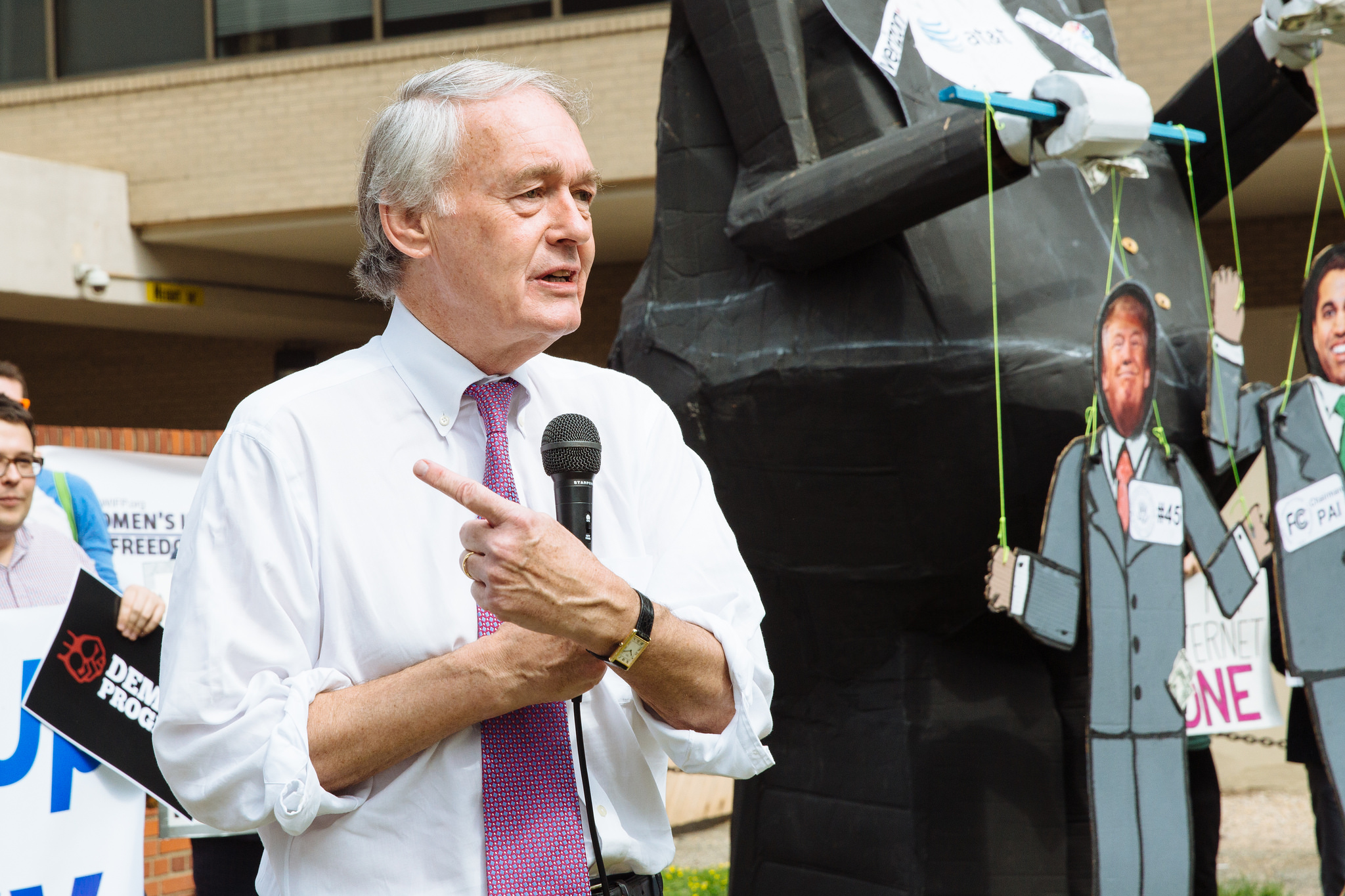 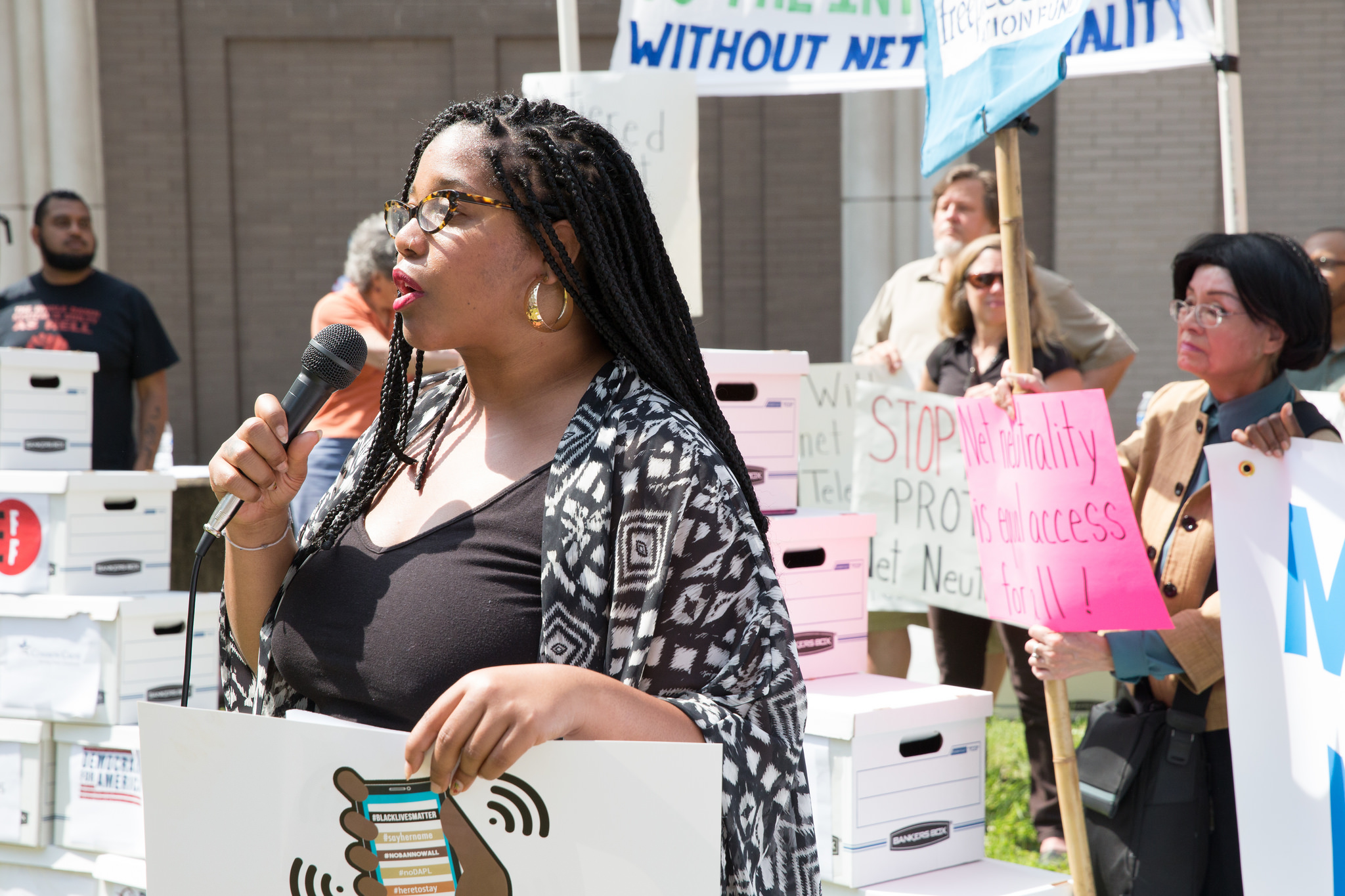 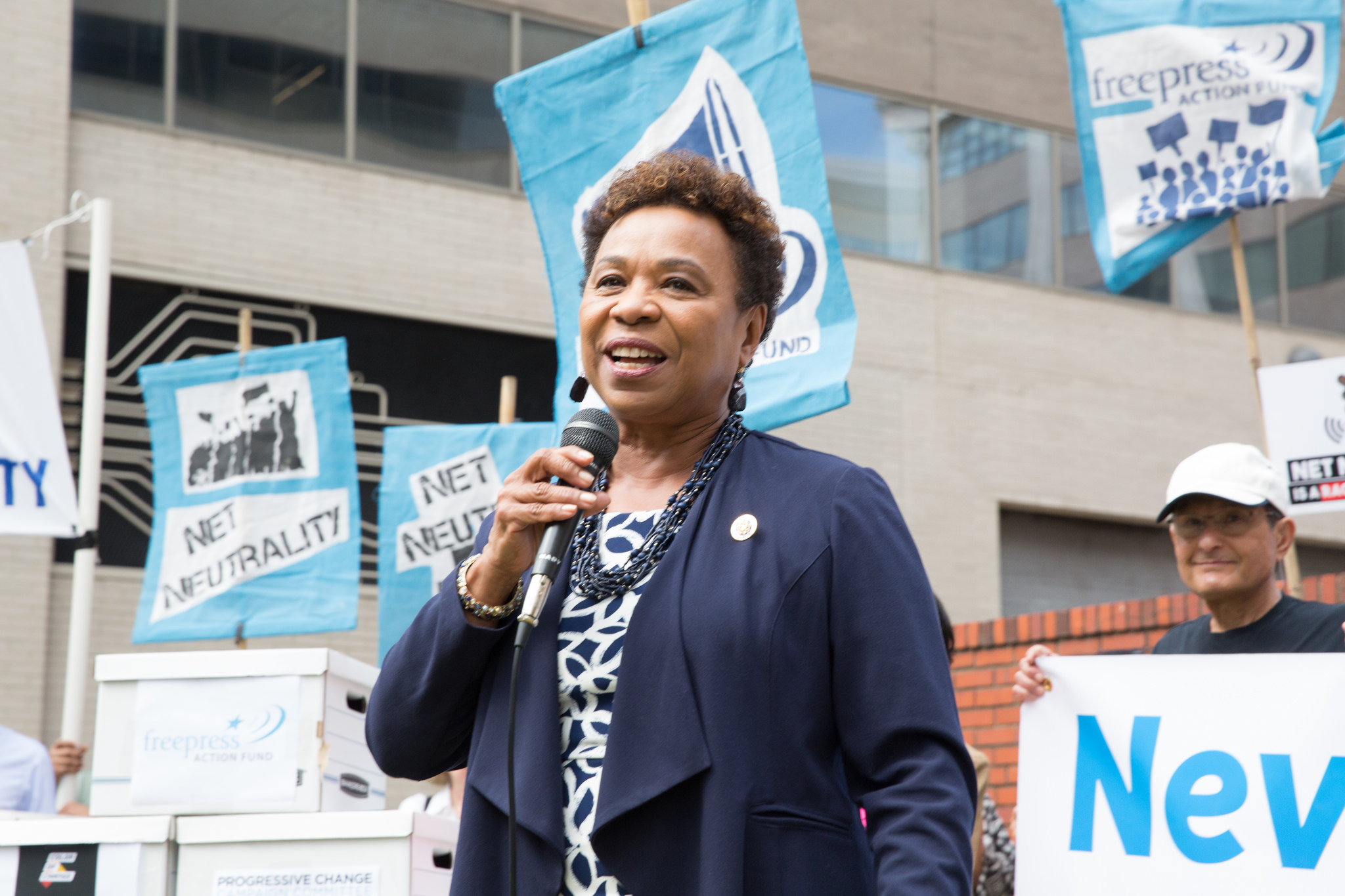