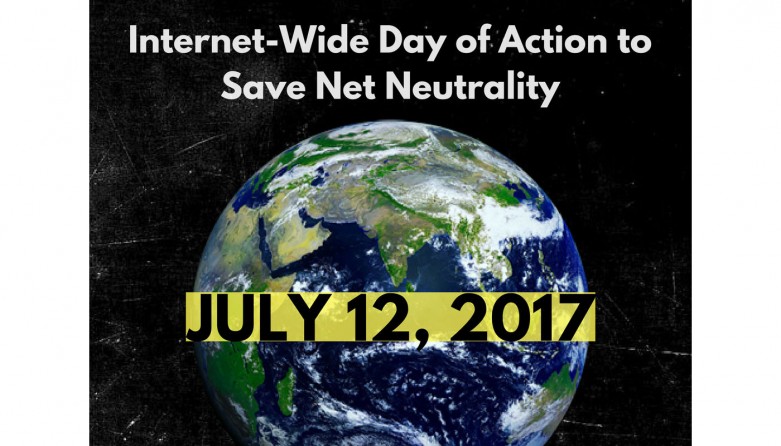 Join the Day of Action to Save Net Neutrality

The Trump FCC is doing everything it can to destroy the open internet — and on July 12, the internet is fighting back.

On that day, companies like Amazon, Etsy, Kickstarter, Mozilla and reddit — along with individuals and groups like Free Press Action Fund, the ACLU, the American Library Association, Demand Progress and Fight for the Future — will take part in a national day of action online.

FCC Chairman Ajit Pai wants to dismantle Title II — the legal framework that’s essential to preserving Net Neutrality — and repeal the rules themselves. That means companies like AT&T, Comcast and Verizon would be able to throttle or outright block content and charge content creators for speedier access.

Pai’s a former Verizon lawyer who also once worked for Attorney General Jeff Sessions, and he’s been huddling with industry lobbyists and courting the right wing in his quest to demolish the internet’s level playing field. While he claims to support the principles of Net Neutrality, that’s just another alternative fact from an administration rife with them.

We’ve won this same fight before: Back in May 2014, after then-FCC Chairman Tom Wheeler released a proposal that would have allowed broadband providers to discriminate online, advocacy groups organized the Internet Slowdown, a day when dozens of major tech companies and thousands of organizations displayed a slow-loading icon on their sites to give people a taste of what the internet could look like without Net Neutrality.

That action — along with many other protests and the pro-Net Neutrality comments of 4 million people — pushed Wheeler to abandon his plan and enact strong open-internet protections. These are the same protections that are in danger right now.

There’s no way to resist this administration or engage in any other kind of activism online without Net Neutrality. The loss of the open-internet rules will kill free speech online, and will disproportionately harm the same communities — people of color, immigrants, Muslims, the LGBTQ community — the Trump team has targeted with one hateful action after the other.

We need to do everything we can to fight back. Sign up today to participate in the July 12 day of action.