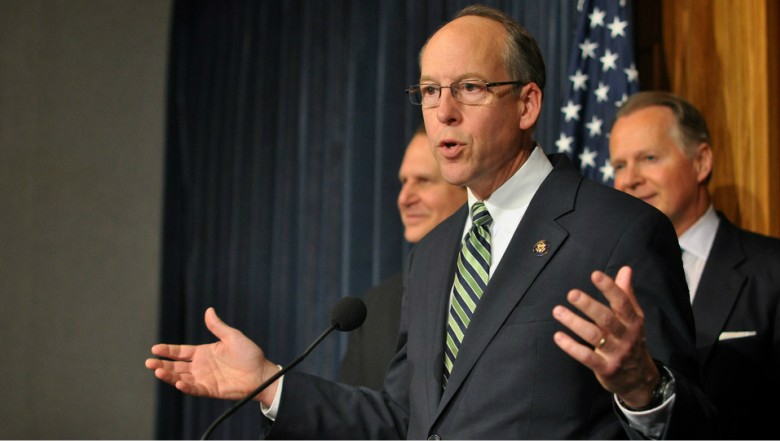 This Guy Thinks CEOs Should Control the Internet

Think the CEOs of the largest phone, cable and internet companies should call all the shots when it comes to Net Neutrality?

Rep. Greg Walden (R–Oregon) does. Also the chairman of the House Energy and Commerce Committee, Walden is inviting those execs to testify at a September hearing on “ground rules for the internet.”

That’s like inviting a fox to guard the henhouse. And to make matters worse, Walden didn’t invite anyone else: It’s a CEO-only hearing.

The idea that Net Neutrality is something that just needs to be sorted out between the executives of multibillion-dollar companies is insulting. The millions and millions who have weighed in on this debate care about the open internet because it enables people to organize in their communities, fight for racial justice, start their own businesses and speak for themselves.

So who will represent internet users, innovative startups and independent voices at this hearing?

Reps. Frank Pallone (D–New Jersey) and Mike Doyle (D–Pennsylvania) have some suggestions. Eight, to be precise.

On Thursday, they called on Walden and Rep. Marsha Blackburn (R–Tennessee) to invite a truly diverse range of witnesses to represent the internet’s breadth and depth. Among the eight witnesses the Democratic reps proposed adding are Blavity co-founder Jonathan Jackson, Brandi Collins of advocacy group Color Of Change, librarian Myrna Morales and Jesse Vollmar of the startup FarmLogs. The full letter from Reps. Pallone and Doyle is available here.

There’s way too much at stake in the Net Neutrality fight to ignore important voices like these. More to the point: Policymakers like Walden who want to undermine the FCC’s Title II Net Neutrality rules should back off. Real Net Neutrality means Title II. Period. And anyone who tells you otherwise is just trying to take it away.