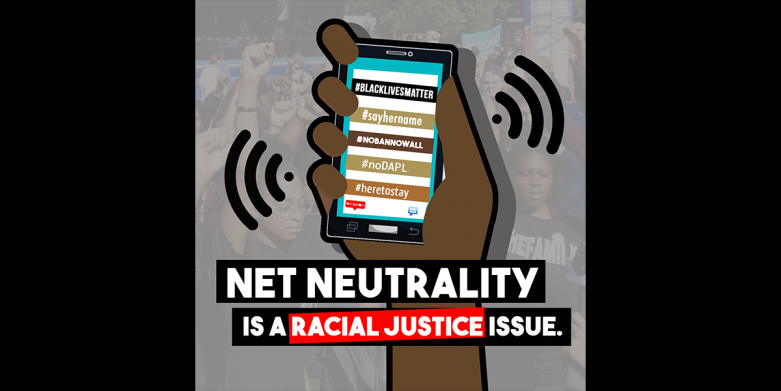 Voices for Internet Freedom, a coalition fighting for the digital rights of communities of color, on Wednesday called on the Federal Communications Commission to preserve its Net Neutrality rules.

The Voices coalition filed comments with the FCC on behalf of 73 racial-justice, digital-rights and media groups. The comments urge the Commission not to kill its 2015 Net Neutrality rules because doing so would disproportionately impact and discriminate against communities of color.

Those rules prevent internet service providers like AT&T, Comcast and Verizon from blocking and throttling online traffic and creating a pay-for-play internet where only a handful of wealthy companies could afford to pay for speedier access to their sites and platforms.  And basing these protections on Title II of the Communications Act ensures the FCC has the legal authority to enforce real Net Neutrality. Federal courts have twice upheld the 2015 rules.

In its filing, Voices urged the Commission to protect Net Neutrality because it’s a critical racial-justice issue. It has enabled people of color to speak for themselves online and advocate for the health and well being of their communities.

The Voices coalition is led by Color Of Change, the Center for Media Justice, Free Press and the National Hispanic Media Coalition.

Below is a list of organizations that signed on to the Voices’ reply comments:

Families Rally for Emancipation and Empowerment

Iraq Veterans Against The War