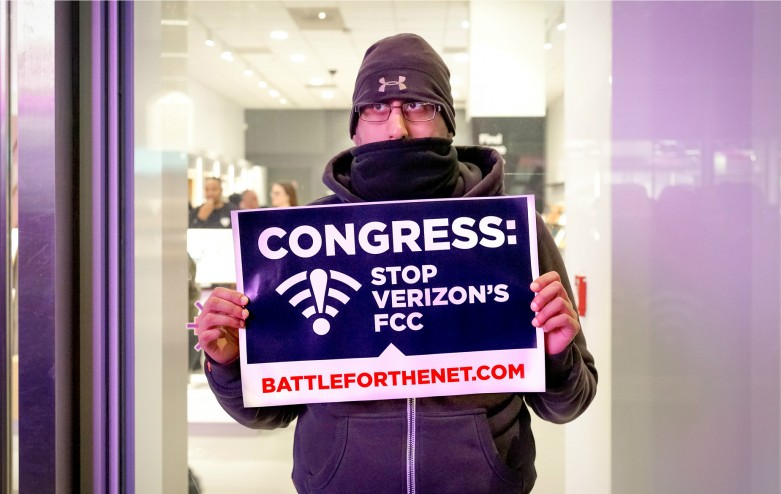 On Thursday, Free Press published this Op-Ed in The Hill, explaining why we don’t need a Net Neutrality bill.

Who the what the?? Holy whiplash! What’s going on here?

The Op-Ed still stands. We don’t want, don’t need, and can’t get good Net Neutrality legislation from this Congress. What we need is to preserve the current Title II Net Neutrality rules.

That’s where this new bill comes in. Note the title of Mr. Maloney’s press release:

The second part is key: This bill is designed to stop the FCC from moving ahead with its plans.

It’s kind of like the more formal Congressional Review Act (or "CRA") mechanism that Congress uses to disapprove of agency actions after the fact. Maloney’s bill is sort of a “Pre-RA” attempt to stop the vote from happening.

These are uncharted waters in some sense, but even if this bill gets nowhere close to the floor before that scheduled FCC vote next Thursday, it’s a way for Net Neutrality supporters in Congress to voice their disapproval of the FCC’s present plan to gut the rules. And they can do it without negotiating against themselves, which is exactly what the cable lobbyists want them to do.

So the key point in Free Press’ statement in Rep. Maloney’s press release is this:

The rules and the legal framework we have today at the FCC are working. We have called on Congress to stop Chairman Pai from taking those successful rules away.

And that’s exactly what Rep. Maloney’s bill would do: It would stop the Trump FCC from voting to repeal the Net Neutrality rules to begin with.