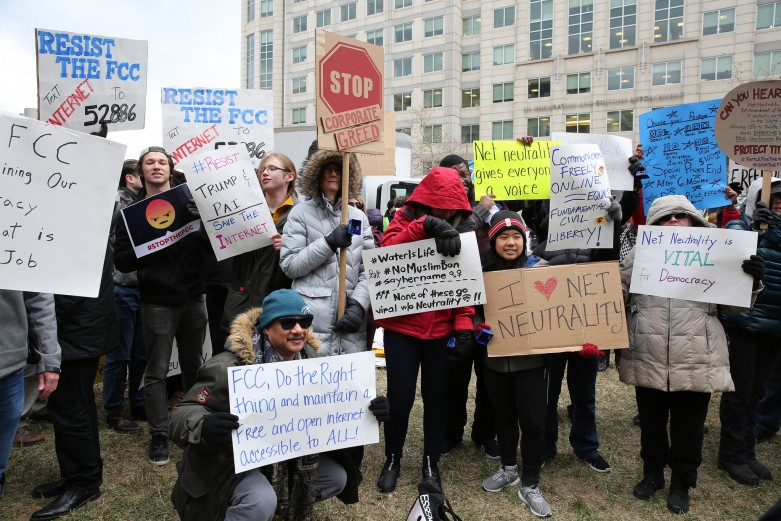 Net Neutrality: What's Next and How We Win the Fight

1. FCC Chairman Pai will not have the last word.
The Dec. 14 vote was disappointing but is absolutely not the end of this fight. Free Press and our allies — plus attorneys general across the country — will have plenty to say in court about the legal mistakes littered throughout this proceeding.

2. We'll see the FCC in court.
We intend to sue the agency on the basis of its broken process, deeply flawed legal reasoning, willful rejection of evidence, and absolute disregard for massive public input. We have a very strong case. Chip in $10 (or whatever you can) to help fuel the fight in the crucial months ahead.

3. Congress must reject the FCC’s decision.
While our legal team battles in the courts, we need to urge our champions in Congress to pass a “resolution of disapproval” to overturn the FCC’s vote using the Congressional Review Act.

In other words, Congress has the power to erase what the FCC just did. Take action: Call now and tell lawmakers to reverse the FCC's Net Neutrality-killing vote.

4. Net Neutrality activism IS working.
Don’t be fooled: Your activism is absolutely having an effect, and we must keep it up. On Dec. 7, volunteers determined to #StopTheFCC organized more than 700 protests in all 50 states plus the District of Columbia. And throughout the week of the vote, protesters rallied, camped out in front of the FCC and made their voices heard at the agency and in the halls of Congress. Lawmakers on both sides of the aisle have spoken out against the FCC’s shoddy proceeding — and we’re looking to hear from a lot more.

5. Here’s what you can do:
Join Team Internet and take it to the streets in your community! Keep internet freedom on the forefront of people’s minds and make it impossible for lawmakers to oppose Title II and Net Neutrality. Together, we can save the internet one step at a time.