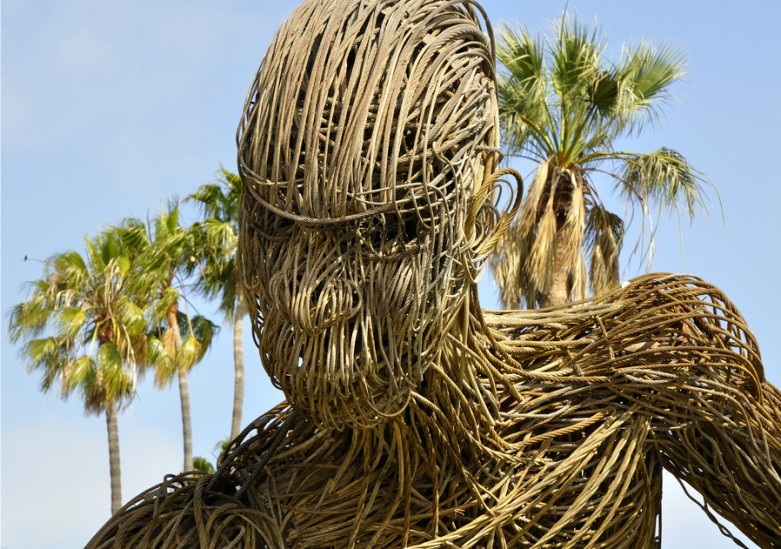 Beware of the Straw Man

Anytime that cable and telecom lobbyists feel threatened, they return to their familiar talking points — no matter how many times we’ve debunked them.

That’s why it was hardly surprising to see those talking points turn up in a National Journal column this morning. Broadband providers never let truth stand in their way.

The column claims that “the Internet has never been the level playing field that some seem to believe. Big websites have always been able to pay for faster service — and the biggest ones are already spending billions to get it” with Content Delivery Networks (or “CDNs”).

Here’s why that tired ISP argument makes no sense.

The fight we’re having here is to preserve the outcome of Net Neutrality by prohibiting “unjust or unreasonable discrimination.” That prohibition is the cornerstone of Title II in the Communications Act, and the essence of common carriage.

If a router speeds up one set of bits, all the other bits are slowed down. Deviation from this “best-effort” routing with paid prioritization has meaning (and economic value) only during times when a network is experiencing congestion; otherwise the bits are routed in a first-in-first-out manner.

So if the FCC moves forward with its terrible proposal, ISPs will form a few priority relationships while giving everyone else the “worst-efforts” treatment.

This is unjust and unreasonable discrimination.

On the other hand, CDNs do not in any way harm or slow down the bits of any other content owner. Their faster delivery is achieved through geography and physics: They simply move content closer to the end-user and do not privilege some sites and services over others. As we wrote to the FCC in 2010 when this straw man came up:

Because [CDNs are] not a zero-sum game, ISPs can sell as much caching as they like without causing degradation of other traffic on the best-efforts Internet. Further, unlike routing-based prioritization, CDN services do not distort last-mile investment incentives by encouraging ISPs to profit from artificial scarcity.

This letter was cited in the 2010 Open Internet Order when the FCC discussed the issue of CDNs. CDNs do not represent unjust or unreasonable discrimination. Case closed.

There are some other hulking straw men in the National Journal piece. Such as the old trope of “search neutrality” (e.g., Google prioritizing search results) and app stores (e.g., Apple’s walled garden for iOS), as if the content available via the Internet is the same as the physical networks that offer us access to that content.

The Net Neutrality debate is about how these physical networks — the ones that have wires sticking out of our houses and use our public rights of way — can or cannot discriminate. This is a debate about what happens on the transport layers of the Internet, not the content and application layers. By bringing in a discussion of search neutrality and app stores, the ISPs equate the two issues when they are fundamentally different in terms of law, economics and equity concerns.

The era when ISPs could get away with these types of straw-man arguments has long since passed. The people understand what this debate is about, and that’s why they’re hammering the FCC to do the right thing.