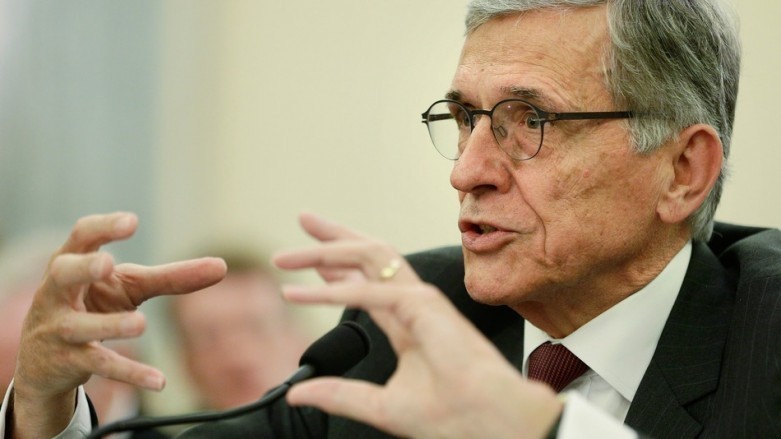 On Thursday, more than 200 activists gathered outside the Federal Communications Commission to speak out against a proposal that would create a separate but unequal Internet.

FCC Chairman Tom Wheeler introduced rules that would allow Internet service providers like AT&T, Comcast and Verizon to discriminate online by creating fast lanes for those who can pay for preferential treatment — and slow lanes for the rest of us.

The proposal would destroy the open Internet and the principle of Net Neutrality, which requires ISPs to treat all Web traffic equally.

The public pressure to adopt strong Net Neutrality protections has intensified since a federal court struck down the Commission’s previous rules in January. The court ruled the FCC could adopt Net Neutrality protections — but only if it first reasserted its legal authority to do so by treating ISPs as common carriers. This would prevent ISPs from interfering with or discriminating against Web traffic.

Since then, more than 3 million people have called on the FCC to reclassify and designate ISPs as common carriers. Thousands have urged their members of Congress to put pressure on the FCC to do the right thing. And on Thursday, protestors rallied outside the FCC to keep up the pressure on Wheeler. The commissioners’ open meeting was also interrupted several times by activists denouncing the chairman’s plan.

During the meeting, Wheeler claimed his proposal wouldn’t create fast and slow lanes online. But his rhetoric failed to match reality. His proposal would allow discrimination online. It would gut Net Neutrality and the openness of the Internet.

A former lobbyist for the cable and wireless industries, Wheeler appears more concerned about serving the interests of large ISPs at the expense of our rights to speak freely and assemble online.

A pay-for-play Internet would create a separate and unequal Internet where those with the most money could speak the loudest. It would silence the voices of the most marginalized members of our society by relegating them to the slow lane.

But not all is lost.

The FCC has opened up a public comment period that will last throughout the summer. We can use this time to organize and push the agency to restore Net Neutrality.

This will be a long and hard fight. The biggest phone and cable companies have deep pockets and will do whatever it takes to ensure the FCC adopts industry-friendly rules.

But the rally is the latest sign that public outrage over Wheeler’s proposal is intensifying.

In addition, two of Wheeler’s fellow Democratic FCC commissioners have raised serious reservations about his proposal and nearly 150 Internet companies and almost 100 organizations have called on the Commission to adopt rules that ban online discrimination.

The fight to prevent a separate but unequal Internet is a long way from being decided.

We urge you to make your voices heard. Speak up to protect your online digital rights.