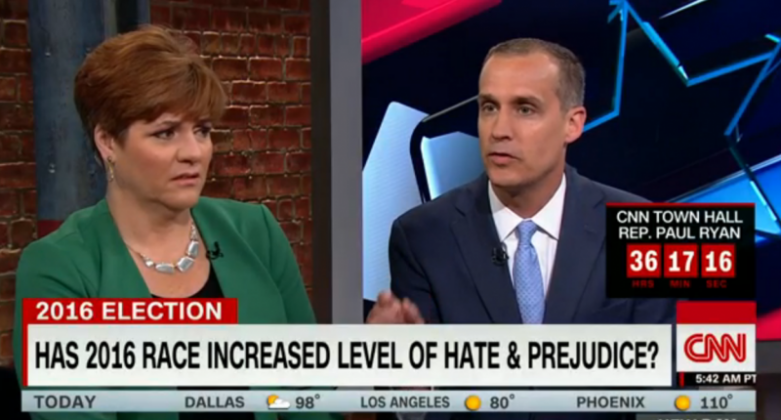 Why CNN Doesn’t Care What You Think

So, CNN — and really all of cable TV news — is awful. Much more so lately, as election season tends to bring out the worst in this offshoot of actual journalism. Everyone knows what Fox is. MSNBC is awful for a number of reasons. But so much attention is on CNN, because of its recent pattern of giving airtime to “analysts” to say inaccurate and sometimes racist statements — statements often unchallenged by the host/journalist.

CNN long ago decided that the Fox-style full-on catering to the angry right-wing septuagenarian audience wasn’t a winning business model for them. After all, you can’t outfox a Fox.

So many people are rightfully asking why a news outlet that once called itself “the most trusted name in news” would give over its platform to these Twitter Eggs in the flesh. It would seem that if CNN’s brand reflects its business model, then it would have strong incentive to keep these untrustworthy analysts as far away from their cameras as possible. Yet here it is, throwing lucrative contracts and prime time on air slots to purveyors of racism and violence in the name of informing its audience.

The backlash is strong, but CNN keeps doubling down on the buffoonery. So what gives?

The answer, as always, is money. More specifically, the business model of cable television and cable-TV news is such that CNN’s approach of “all takes matter” is one that generates the most possible revenue, no matter if some people recoil and turn off their TV’s in disgust, while others lambast their coverage on social media.

Money from Everyone, Racism for Free

Cable-TV channels like CNN get almost all of their revenues from two sources: advertising and fees paid by cable distributors. One of these is very much not like the other.

Those who are rightly disgusted by CNN’s elevation of racism in the guise of balanced analysis have one primary way of pressuring the network to get it together: boycott. They can organize folks to change the channel, and/or boycott CNN’s advertisers.

But this strategy faces an uphill battle. This is because advertising comprises only 31 percent of CNN’s revenues, and most of those protesting aren’t even watching CNN in the first place, nor are they part of the target demographic for CNN’s advertisers.

OK, some people watch, but not very many, and they’re not the “key” demographic. CNN’s ratings in the second quarter of this year were up massively compared to the year prior, mostly due to town halls and debate coverage, but also aided by the smattering of breaking-news events that tend to draw infrequent viewers to this “most trusted” source. In the second quarter CNN averaged 628,000 daily viewers (viewers tuned in at any time; they averaged 960,000 during prime time). This was 46 percent higher than the year prior (71 percent higher in prime time). But only about 30 percent of these viewers are in the age 25–54 “key demographic” group. Meaning most viewers are older — much older.

The cable-TV news audience is fundamentally different than most: It’s primarily old and white. This audience not only is more likely to want to watch CNN’s brand of “debate,” but it’s also an audience that brings in a different group of advertisers.

Go watch a commercial break on CNN, then go watch one on ESPN, AMC or any of the other highly watched cable networks. On CNN you’ll probably see ads for the shingles vaccine, while on other channels you’ll see iPhone and Doritos commercials. CNN knows who’s tuning in and who isn’t, and they know that larding up its green room with George Wallace-wannabes is probably going to draw in more eyeballs. At the very least, they’re pretty sure it’s not going to drive away much, if any, of its core audience.

And CNN isn’t afraid to over-reach in pursuit of the angry/old demo. This is because it’s confident that its business model of an un-opinionated anchor moderating a misinformed and misinforming panel of analysts is cheap and safe, especially in an election year.

Need content? Set up the topic of the day without much context or actual journalism, and then bring on the panel to share their vacuous hot takes. Maybe one of the panelists will say something insane and racist, but that’s inconsequential to CNN’s business.

I Pay, You Pay, We All Pay for Corey

Let’s go back to the numbers for a second. In 2014 (the latest year for which I have full data), CNN brought in a daily average of 340,000 viewing households (I’m using households, not viewers here, as you’ll soon see why). But during 2014, an average of 96.6 million households “subscribed” to CNN, each paying an average of $7.32 per year. That equated to $710 million in revenues from cable-TV customers, 63 percent of all of CNN’s revenues for the year. This is money CNN earned regardless of the fact that most paying it rarely if ever tuned in.

I put subscribed in scare quotes above, because unlike HBO, Netflix, Rolling Stone or most other subscription services, CNN subscribers have no say in the matter. If you buy any cable-TV package, you’re forced to pay for a suite of channels regardless of whether or not you watch them, and regardless of whether or not you find their owners/managers/talent morally repugnant.

Protest movements against private entities (i.e., against corporations and not governmental bodies) can often achieve success by hitting the corporations in their wallets — the one place they really (and legally) care about. But in the case of a cable-TV network, you pay whether or not you turn off the channel for good — and for CNN you and your fellow cable-TV subscribers pay twice what advertisers do.

Some of you may now be comforting yourselves that you aren’t supporting CNN’s nonsense, because you “cut the cord.” Bad news: In today’s vertically integrated business model, where internet service providers face no competition and use inflated broadband prices to subsidize their slowly declining TV businesses, even if you cut the cord your ISP in most cases uses a portion of your money to pay CNN, Fox, MSNBC and other cable networks.

Indeed, partially due to cord cutting and cord-nevering, CNN has lost 5 percent of its subscribers since 2010. But the monthly fee that the remaining cable subscribers pay for CNN has increased by nearly 25 percent! What a great market to be in, where you lose customers while raising prices and still manage to bring in higher revenues.

So, by all means, shout until you’re hoarse about how terrible CNN is; it deserves to hear it. But also save a smidgen of that ire for your elected representatives and regulatory agencies like the FCC. Because unless we fix the broken telecom and media markets and finally empower viewers to vote with their wallets, CNN and others aren’t going to listen to their critics. Because these critics are paying customers, even if they stop watching.