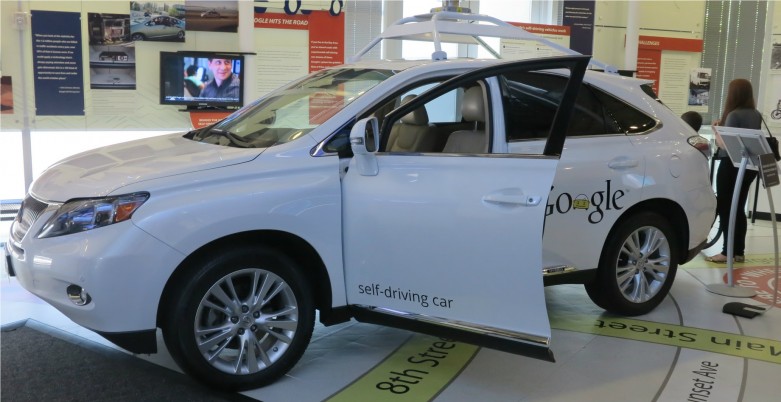 Next-Generation Investments Do Not Depend on Killing Net Neutrality

Today the Federal Communications Commission took a highly touted step toward the future of wireless communications by opening up huge blocks of spectrum for “5G” broadband uses. (5G stands for “5th Generation” technology, a generic term for the evolution to follow today’s 4G smartphones.)

These next-generation networks promise to be faster, denser and more robust than what we have today. They could help usher in an era of innovative services and applications such as self-driving cars and smart-city technology. 5G technologies are still in the testing phase, but the FCC’s decision makes room for early deployment efforts that could offer enormous benefits to the national economy.

Unfortunately, as advocates for internet users point out, the FCC’s decision is by no means perfect. It doesn’t do enough to guarantee that shared use of spectrum — think Wi-Fi — will be a big part of the 5G equation. Giving exclusive use of these frequencies to carriers like AT&T and Verizon would strengthen their stranglehold on valuable spectrum assets, and it could prevent these new technologies from flowing to everyone, especially those who are on the wrong side of the digital divide: rural residents, low-income neighborhoods and communities of color.

Nonetheless, everyone agrees that the technological advances are crucial, even if there’s debate about how to make those leaps forward.

Across the pond, major carriers in the European Union are also talking about building 5G networks — but say they’ll move forward only if the governments there gut Net Neutrality rules. A coalition of major telecom carriers released a 5G Manifesto in which they promise to launch next-generation networks in every EU country by 2020 if regulatory policies address “the danger of restrictive Net Neutrality rules” and eliminate the “significant uncertainties” these rules (supposedly) create.

Essentially, these telcos are threatening to hold 5G innovation hostage to force the EU into watering down Net Neutrality.

We’ve seen this sort of political maneuvering before. U.S. carriers spent hundreds of millions of dollars trying to convince the FCC and Congress that strong Net Neutrality rules would dampen industry investment. In 2014, AT&T predicted that Net Neutrality would “mire the industry in years of uncertainty and litigation, and it would abruptly stall the virtuous circle of investment and innovation.” Similarly, Verizon claimed the rules would amount to “strapping a straightjacket onto this competitive and dynamic sector.”

The carriers argued that the only way to avoid this investment slump was to allow them to discriminate against certain kinds of online content — with the idea that ISPs’ obscene profit margins would eventually trickle down to benefit users.

That’s ridiculous. Online discrimination doesn’t help internet users; it just gives companies like AT&T another way to line their own pockets. Strong Net Neutrality protections ensure that all voices can be heard online. That’s why millions of Americans pushed the FCC to reclassify broadband as a Title II service and enact strong open internet protections.

What’s more, these common-sense safeguards help internet businesses — and do not harm ISP investment. ISPs in the U.S. had zero evidence to back up their claims to the contrary. Despite their trumped-up fears of regulatory uncertainty, the top three U.S. carriers all ramped up investment in 4G technologies in the years leading up to the FCC’s Net Neutrality decision in February 2015. And one year after the FCC subjected broadband providers here to the “dangers” of strong rules, investment in the U.S. broadband market continues to thrive. U.S carriers are now poised to make major investments in 5G technologies — just as they did in 4G.

As Free Press has shown again and again and again, Net Neutrality’s so-called regulatory burden is no burden at all on ISP investment. The FCC rules haven’t hurt these companies one bit, no matter how many times the industry’s hired guns claim otherwise. Many telcos now admit that the FCC protections haven’t affected their investment decisions — which is what they told their own shareholders all along.

The EU carriers’ manifesto is an attempt to scare governments into accepting a false choice between internet openness and innovation, but the truth is that we need both. And we can have both. These empty threats are a ransom demand from a bullying telecom industry pretending that its own bottom line will be harmed if regulators protect the interests of the European public.