The Resistance Must Be Digitized 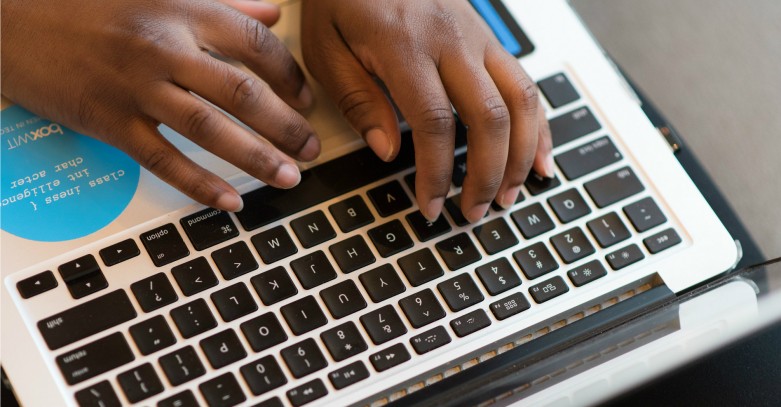 Over the past two months, millions of people have taken to the streets to challenge our nation’s authoritarian new president.

From the women’s marches that took place across the country and around the world to the mass protests against the Muslim ban and immigration raids, people are resisting the neo-fascist agenda President Trump is unleashing on our nation.

A primary reason why millions have been able to mobilize so quickly is because they have the ability to use the open internet to communicate to the masses and organize a resistance.

That’s why protecting the Net Neutrality rules that keep the internet open is more critical than ever. As authoritarianism rises, digital free speech can ensure our opposition to authoritarianism also rises.

But unfettered access to an open internet, and our ability to flex our digital muscles to advocate for the health and well being of our communities, could soon come to an end.

In January, Trump appointed Ajit Pai as the new chairman of the Federal Communications Commission. In so doing he found someone who shares his disdain for popular democracy, privacy rights, the truth and the poor. And it appears his disdain also extends to the press.

During a congressional oversight hearing last week, Pai refused to answer questions from senators about whether he agrees with Trump’s claims that the media is the “enemy of the American people.”

In addition, Pai’s record at the FCC, where he’s served since 2012, demonstrates a legacy of attempting to harm communities of color. During his tenure, he’s vigorously opposed rules the agency adopted to protect the rights of internet users. He voted against:

The cable and telecom industry spent millions lobbying to kill all of these policies. Pai voted with that industry. But racial justice and public interest groups fought back and successfully pressured the FCC to adopt rules that empower internet users, especially people of color.

Pai is the first Indian American appointed to chair the FCC. But he’s attempting to use rhetoric about communities of color to provide political cover for his true agenda. He claims his top priority is to close the digital divide. But his solution — providing tax breaks for the large broadband companies — comes straight from the corporate playbook.

In other words, Pai is proposing trickle-down economics that reward the rich by punishing the poor.

The New York Times editorialized that Pai’s agenda “clearly favors policies that serve the interests of large telecommunications companies” and is “aiming right at the poor with his policies on prison phone rates and discounted broadband service.”

It’s easy to understand why Pai’s embraced a predatory corporate agenda. He worked as an attorney for Verizon, the nation’s largest wireless carrier.

And it’s easy to understand why Trump has embraced Pai. Pai worked for Attorney General Jeff Sessions as a deputy chief counsel on a Senate Judiciary subcommittee. When Trump nominated Sessions for attorney general in November, Pai called Sessions a “good man … devoted to the Constitution, and deeply committed to equal justice and the rule of law.”

But more than 140 civil and human rights organizations called Sessions “unfit” to lead the Justice Department due to his “30-year record of racial insensitivity, bias against immigrants, disregard for the rule of law, and hostility to the protection of civil rights.”

This is why the Senate refused to confirm Sessions as a federal judge in 1986. He was deemed too racist to serve.

Sessions is unrepentant. He’s embraced White nationalists and they’ve embraced him back.

And now Pai, along with his former boss Sessions, will play a central role in carrying out the president’s agenda. That will mean intensifying surveillance of our communities and cracking down on political dissent. Controlling the internet is a path to those terrible ends. Our existence, our presence and our voices are a threat to this authoritarian administration.

But the same communities Pai is targeting are fighting back to demand affordable internet access and to protect the Net Neutrality rules that ensure we can continue to organize and speak for ourselves online.

It is because of Net Neutrality rules that the internet is the only communication channel left where Black voices can speak and be heard, produce and consume, on our own terms.

Migrants, Muslims and many others who are organizing for sanctuary and daily survival echo Cullors’ sentiments.

This is why we must resist — and to ensure that the resistance will be digitized.

Joseph Torres is the senior external affairs director for Free Press. Malkia Cyril is the executive director of the Center for Media Justice and the co-founder of the Media Action Grassroots Network.