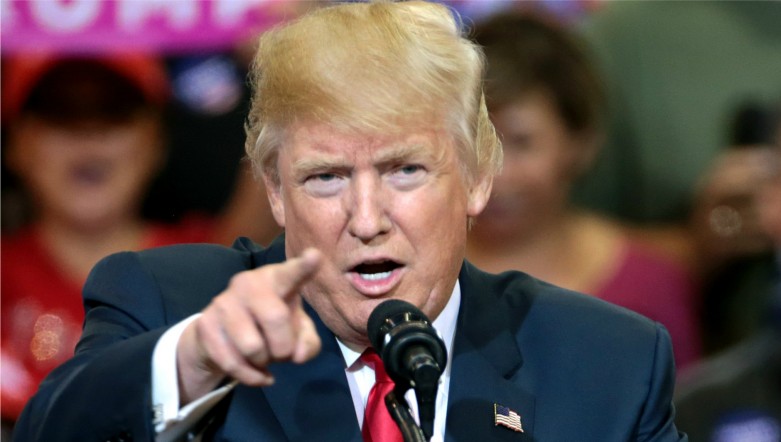 President Trump’s playbook to curb free speech and silence dissenting voices goes far beyond his Twitter rants and his verbal attacks on the press.

The president’s appointed chairman of the Federal Communications Commission, Ajit Pai, unveiled his plan to kill Net Neutrality at a closed-door FreedomWorks-sponsored event on Wednesday in Washington, D.C.

It’s appropriate that Pai made this announcement at a gathering sponsored by a telecom-funded organization that played a key role in elevating the racist Tea Party movement. His plan will allow powerful corporations to silence the voices of everyday people — especially people of color — who struggle to be heard.

But these are surroundings Pai is comfortable in. He’s a former Verizon lawyer and a former Senate staffer for Attorney General Jeff Sessions, a hero to White nationalists.

And now Pai will carry out Trump’s agenda to silence dissenting voices. Pai wants to kill the open internet by getting rid of the FCC’s legal authority to enforce Net Neutrality rules adopted in 2015.

The rules currently prevent internet service providers like AT&T, Comcast and Verizon from blocking and discriminating against websites and online traffic. Without those rules, ISPs would no longer have to treat all web content equally. They would have the power to slow down some sites or even block those that can’t or won’t pay extra.

The Trump administration’s effort to kill Net Neutrality is part of its ongoing attack on free speech and the First Amendment.

Last week, CNN reported that the Justice Department has prepared charges against WikiLeaks publisher Julian Assange. Attorney General Sessions refused to answer a question about whether these charges would also lead to charges against U.S. media outlets like The New York Times.

And CIA Director Michael Pompeo said earlier this month, “we have to recognize that we can no longer allow Assange and his colleagues the latitude to use free speech values against us.”

Trevor Timm, the executive director of the Freedom of the Press Foundation, told Wired that “any prosecution” of Assange  “would be incredibly dangerous” for journalists and the First Amendment and that “you can hate WikiLeaks all you want, but if they’re prosecuted, that precedent can be turned around and used on all the reporters you do like.”

While the administration cracks down on press freedoms, it’s adopted a policy to benefit media companies — like the Sinclair Broadcast Group — that supported Trump’s presidential campaign.

Sinclair, a conservative media company that owns more that 170 broadcast stations, denied that it made any such deal with the Trump campaign.

But just days after the Nov. 8 election, Pai met with Sinclair executives. And it appears that Pai and Sinclair have been on the same page ever since.

Last week, the FCC voted to allow for greater media consolidation by reinstating a legal loophole that allows companies like Sinclair to buy more TV stations despite the national ownership cap Congress put in place.

It was a gift to Sinclair. And the company wasted no time cashing it in.

Just one day after the FCC vote, Sinclair announced that it had acquired 14 stations in a $240-million deal. And the company is now reportedly eyeing an even bigger acquisition: Tribune Media’s more than 40 broadcast stations in major markets like Chicago, Cleveland, Dallas, Denver, Los Angeles, Miami, New York City and Seattle. All thanks to the same loophole.

Sinclair has been boosting Trump and wooing Pai for months — and it’s paying off in the form of the looser limits Sinclair has long sought on how many TV stations the company can own. Sinclair has a track record of taking over stations, gutting news departments and airing conservative propaganda produced far from the local community.

This proposed deal has the appearance of a quid pro quo. Sinclair has gone out of its way to boost Trump, praise his appointees and even hire his former spokespeople. Now they are cashing in. Chairman Pai likes to talk about getting rid of obsolete rules, yet here he is reinstating a rule with no technical justification just because it lets broadcast conglomerates skirt the law and expand their control over the nation’s airwaves.

But the scandal goes beyond the Sinclair deal. It extends to Pai’s plan to kill Net Neutrality. On Wednesday he made all sorts of claims about how he supports the open internet and how the current rules stifle investment and innovation — standard industry talking points that are utterly false, and that are used in the pursuit of policies that will harm everyday people.

Don’t be mistaken about what’s really going on. The White nationalist Trump administration is further embracing authoritarianism.  And that’s why the Trump team wants to destroy free speech and dissent — because they threaten authoritarian governments.