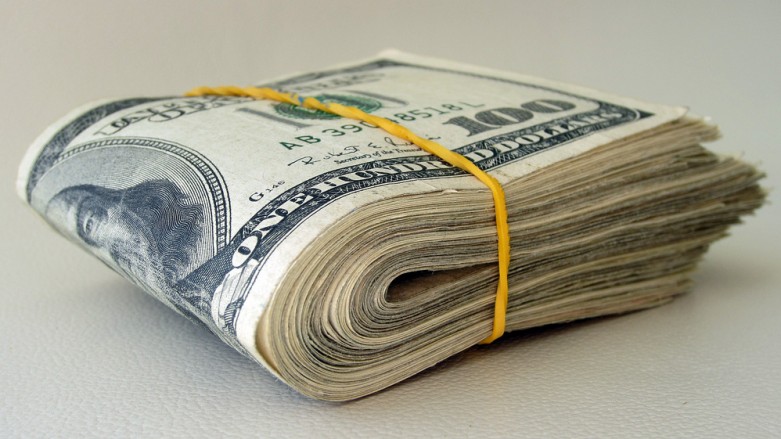 Have I got a deal for you.

Let’s send out a press release on how generous I am!

What? Only a sucker would take that deal? Well, that’s basically what AT&T just offered your elected representatives in Congress.

Last week, AT&T sent out a press release lobbying hard for one of its top policy priorities — cutting corporate tax rates. In exchange for a huge tax cut, AT&T promised to “increase our domestic investment by $1 billion in the first year in which the new rates are in place.”

Wow, a billion bucks. That seems like a lot of money! And it is!

But context matters when we’re talking about a company that has a market cap of more than $200 billion and is trying to acquire yet another enormous media company in a nearly  $110-billion deal.

So let’s look a little closer at what’s underneath AT&T’s $1-billion promise — and what it would cost the rest of us.

AT&T is cheerleading two key aspects of the congressional GOP leadership’s tax overhaul: lowering the statutory corporate tax rate from 35 percent to 20 percent, and changing the law so that companies could fully deduct the cost of equipment from their taxable base in the year that equipment is put into operation (as opposed to deducting a partial and declining amount every year as these physical assets decrease in value over their serviceable lifetimes).

This latter accounting change is known as bonus depreciation and is a favorite tool of lawmakers who want to stimulate private investment in physical infrastructure. Congress has given companies these bonus depreciation gifts several times over the past couple of decades on a more time-limited basis to try to pull the economy out of recessions and create jobs.

But now Congress wants to allow companies to expense their capital investments fully in the same year they were made, from now through 2023.

So how would these changes lower AT&T’s tax bill? The details and politics are complicated — it’s unclear whether the Senate has the votes to pass these deficit-exploding cuts and whether they might sunset. And bonus depreciation is complex enough that we can’t provide a reliable estimate of AT&T’s savings here.

But for ease of illustration, let’s just look at the impact of lowering AT&T’s corporate tax rate over the next decade.

AT&T’s effective tax rate in any given year varies based on what it actually pays as a percentage of its net income. It’s almost always below the statutory 35-percent rate.

However, when AT&T made its billion-dollar investment promise, it did so expecting to own Time Warner. In 2016, the two companies collectively earned $25 billion in net income before taxes, and paid $7.76 billion in taxes, for an effective rate of 31 percent.

If the rate was 20 percent, the combined AT&T-Time Warner company would pay about $2.8 billion less in tax.

So in just the first year under a lower corporate tax rate, a supersized AT&T would reap about $3 billion in savings. In this light, its $1-billion investment promise doesn’t seem like such a good deal.

But hold on a second! AT&T has promised $1 billion in additional capital investment, for 2018 only. It’s made no promises about subsequent years, even though its tax savings from the GOP’s plan grow with each passing year.

That would be a $6-billion benefit for AT&T in that one year alone.

If the GOP tax plan goes through, AT&T stands to save at least $46 billion over the next decade (side note: It’s not clear if Congress has the votes in the Senate needed to make these tax cuts permanent, as opposed to ensuring them for the next 10 years, which requires only a simple majority vote).

And remember, AT&T’s savings are actually going to be larger than that, because we’ve not even attempted to estimate the impact of bonus depreciation, which would substantially lower AT&T’s taxable income.

In sum, AT&T is promising to spend an additional billion dollars in 2018 if Congress slashes its tax bill for the next 10 years or more, and the company isn’t making any promises beyond that. This extra billion in investment would cost the rest of us at least $50 billion over the next decade.

That’s a literal steal for AT&T and its shareholders.

Put another way: For the $50 billion this corporate tax break would cost us for AT&T alone, the government could pay to have fiber-to-the-home built to every single AT&T-covered household that doesn’t yet have it.

The fact is that AT&T’s alleged public largesse is just the company patting itself on the back for doing what any of its competitors would do: investing as little as possible to maximize its profits.

What makes this even more egregious is that AT&T’s tax lobbying completely contradicts the false claims it makes about Net Neutrality rules harming investment. No less an authority than AT&T CEO Randall Stephenson said that this corporate tax cut is the only thing “that will get that investment trend turned” around in the short term.

If AT&T gets its way on Net Neutrality and taxes, don’t be surprised when it comes back asking government for more special favors, claiming yet again that investment will suffer if the company doesn’t get whatever it wants.