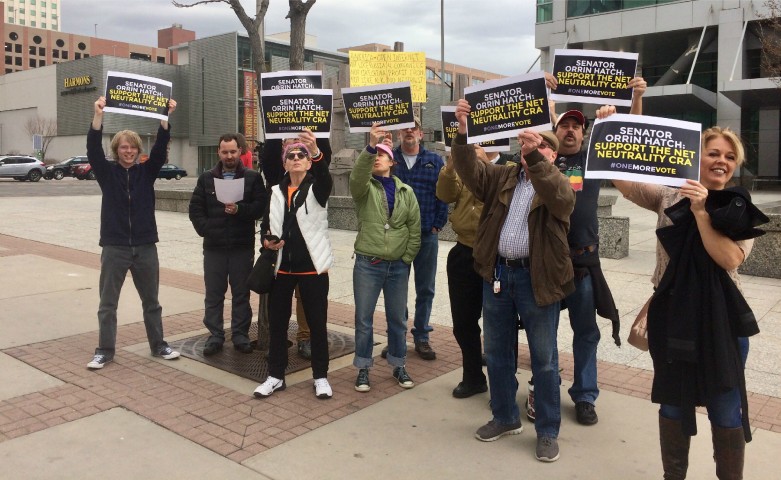 We want lawmakers to support the Congressional Review Act resolution to restore the open-internet rules— and we won’t be fooled by fake Net Neutrality legislation.

Those are the two messages activists conveyed to their members of Congress and the big cable lobby at Team Internet’s “We Won’t Be Fooled” rallies, which were held yesterday in six cities around the country.

Team Internet, a distributed-organizing campaign that was launched by Free Press Action Fund, Demand Progress, and Fight for the Future last summer, is driven by people power. The FCC’s misguided decision to kill Net Neutrality last December has only strengthened this grassroots movement.

And the anti-Net Neutrality legislation Sen. John Kennedy (R–Louisiana) introduced earlier this month has inspired Team Internet activists to try to stop this dangerous bill in its tracks.

The bill, as Free Press Action Fund President and CEO Craig Aaron noted, is “a betrayal of Kennedy’s own constituents, who have shown up week after week outside his offices urging him to do the right thing and back the CRA.”

It’s not just Sen. Kennedy who is betraying his constituents; it’s any lawmaker who isn’t yet supporting the CRA.

Here’s what Team Internet activists on the ground at the “We Won’t Be Fooled” rallies had to say.

In New Orleans there were plenty of signs urging Sen. Kennedy to ditch his bill and support the CRA: 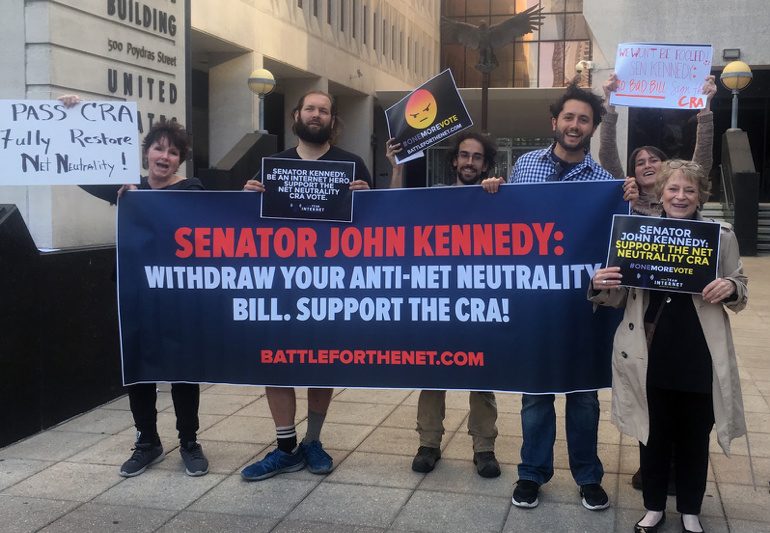 The frigid weather didn’t deter Alaskans from rallying for Net Neutrality outside the office of Sen. Lisa Murkowski: 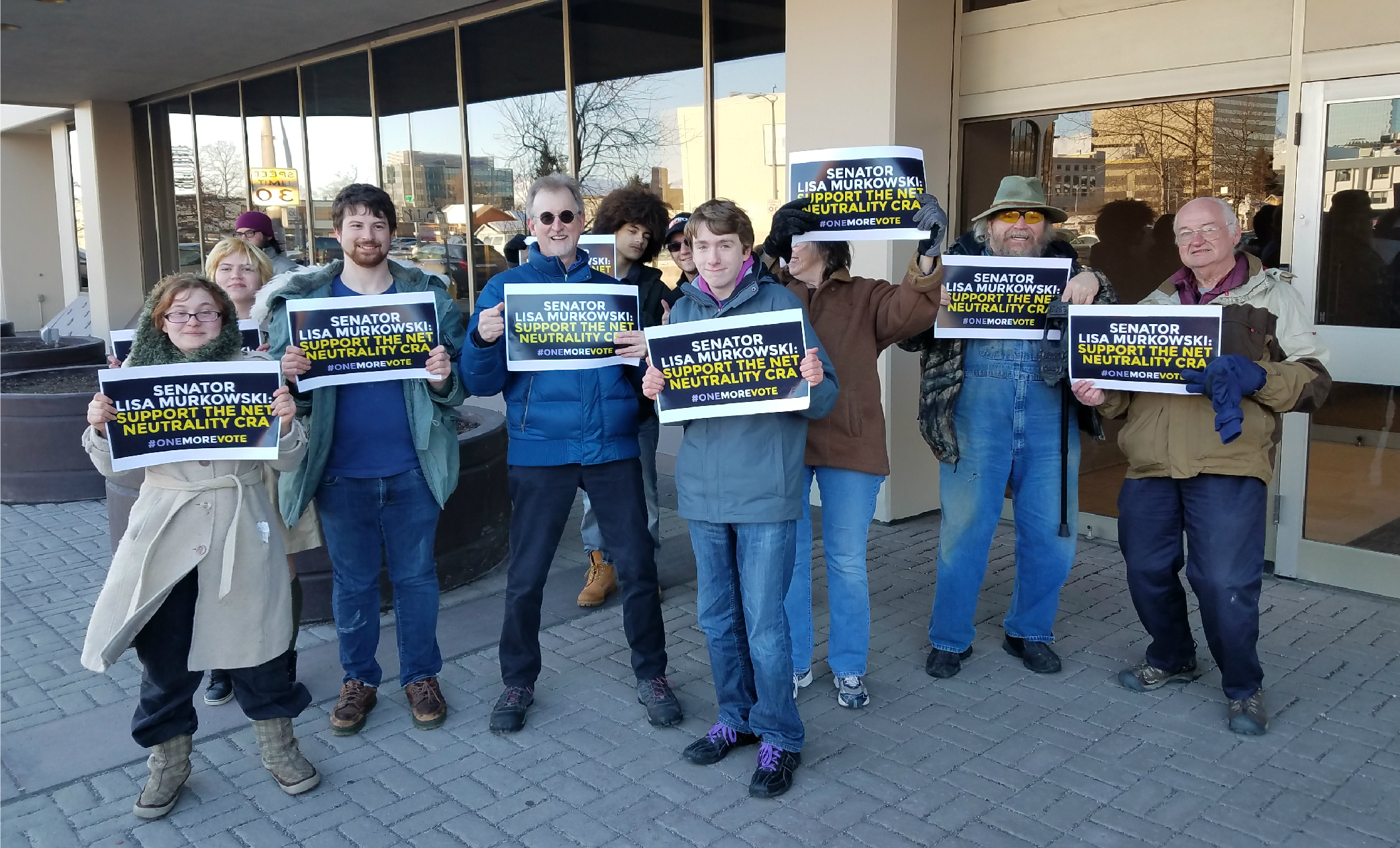 In Orlando, Marco Rubio’s constituents want him to be the 51st vote for the CRA in the Senate: 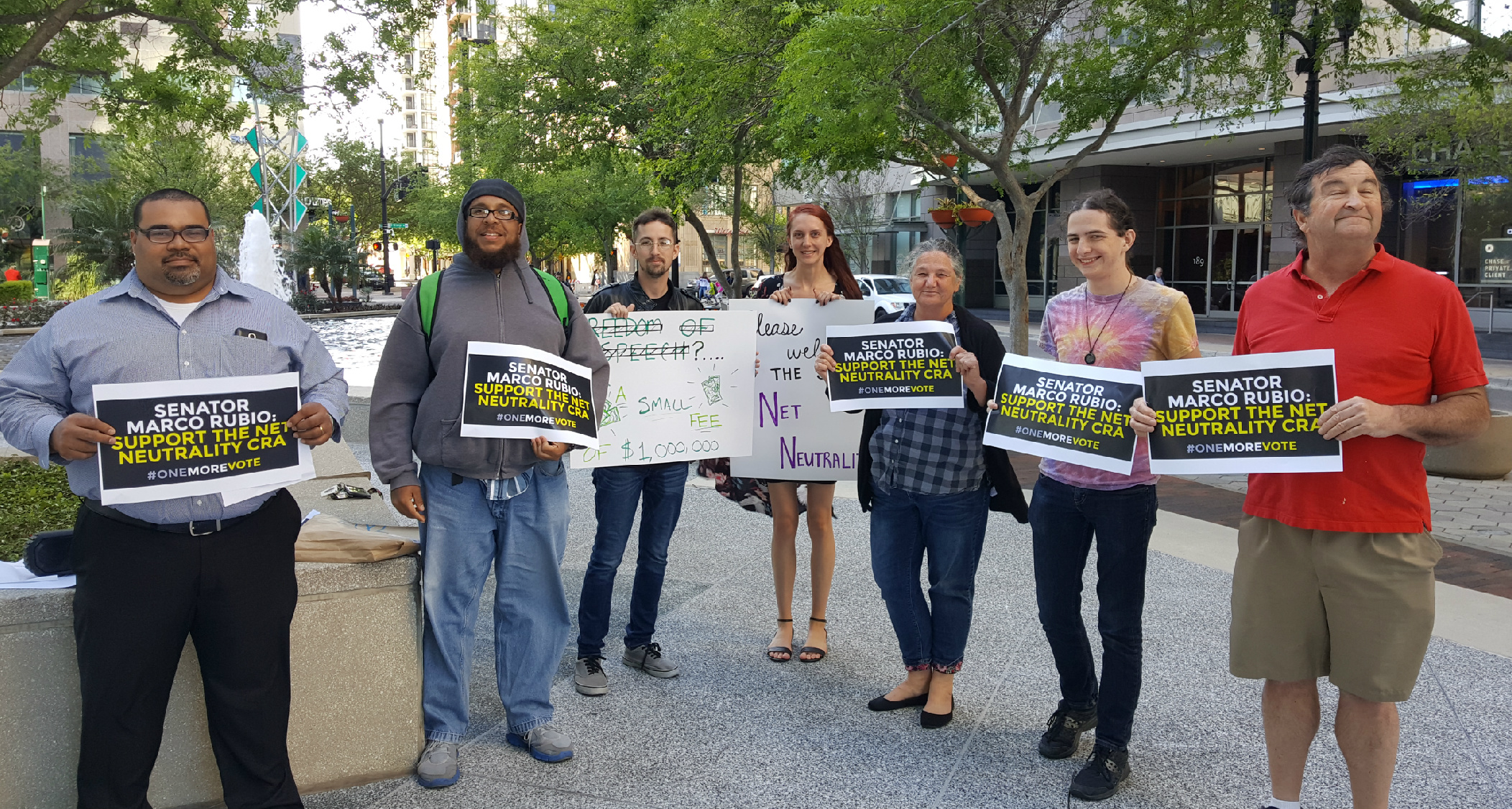 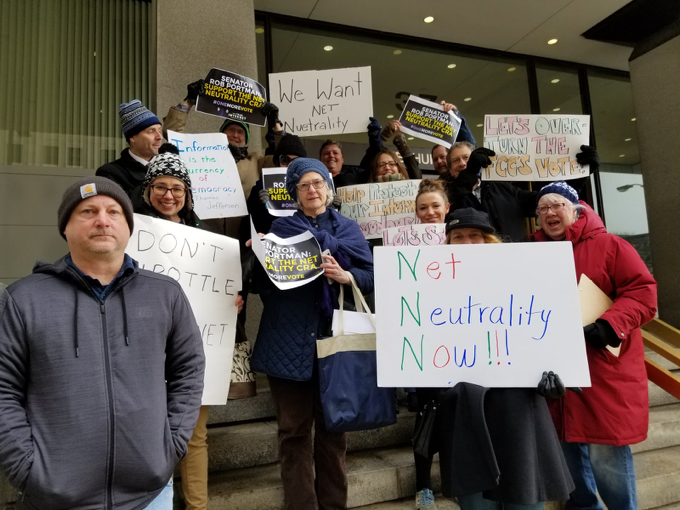 Salt Lake City activists blasted the Who’s “Won’t Get Fooled Again” to convey their message to Sen. Orrin Hatch (check out the coverage of this event from News4Utah):

And Denver residents called on Sen. Cory Gardner to consider how the loss of Net Neutrality will impact small businesses: 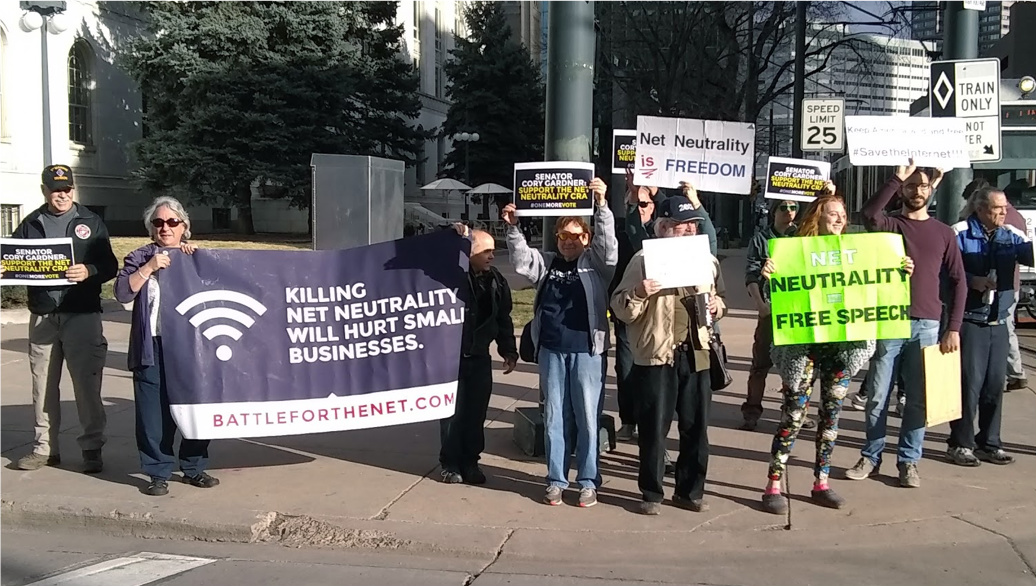 People power is the best way to fight the influence of companies like AT&T, Comcast and Verizon. Join Team Internet in the fight for real Net Neutrality by urging your lawmaker to support the CRA.